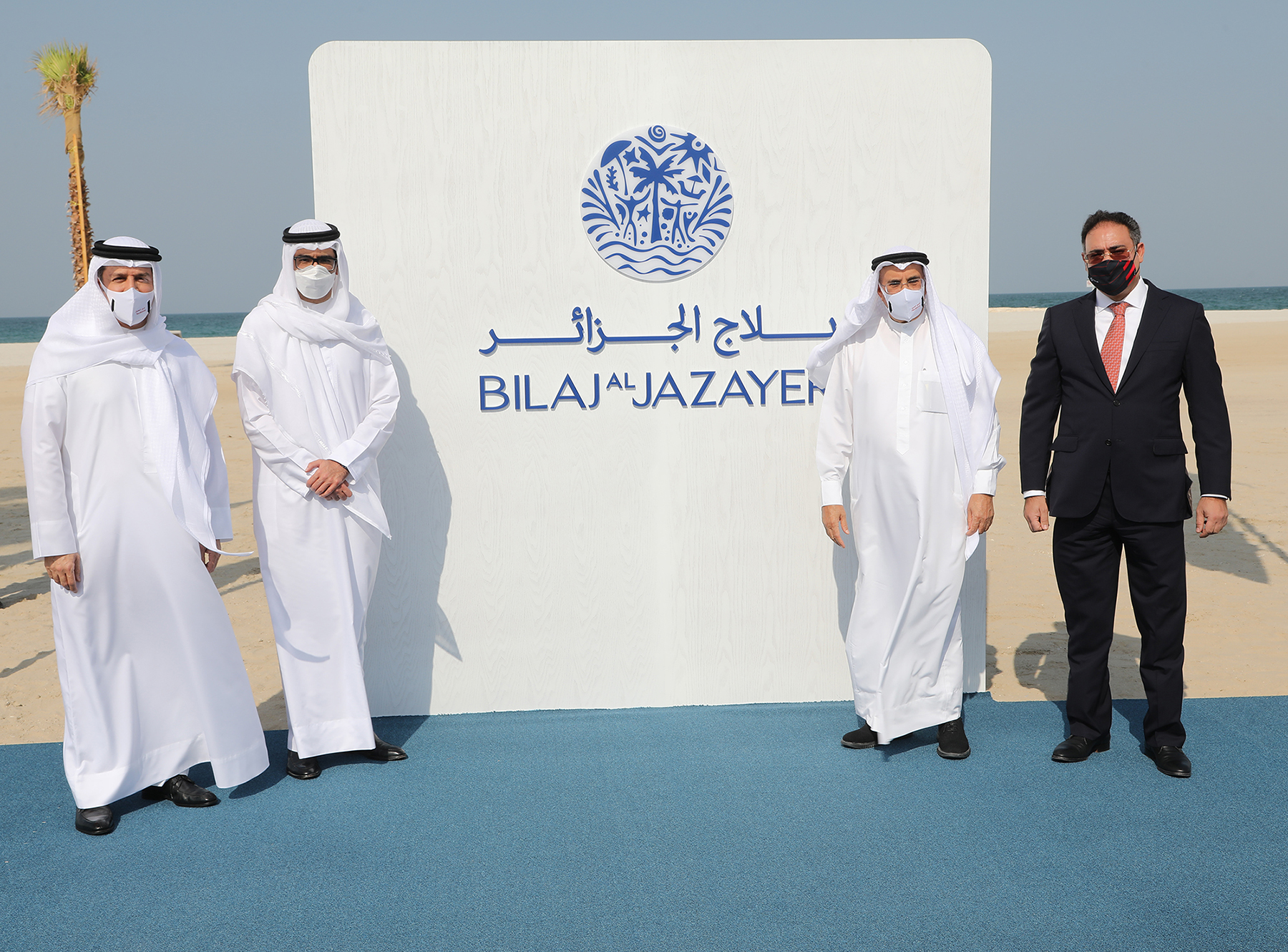 On the sidelines of the inauguration ceremony, His Excellency Shaikh Khalid said: “We are pleased to announce the reopening of Bilaj Al Jazayer, the development of which comes within the framework of the Kingdom’s comprehensive development, led by His Majesty King Hamad bin Isa Al Khalifa, and the support of His Royal Highness the Crown Prince and Prime Minister.”

Organised by Edamah, the inauguration was attended by the Governor of the Southern Governorate, His Highness Shaikh Khalifa bin Ali Al Khalifa, and the editors-in-chief of local newspapers, where His Excellency Shaikh Khalid unveiled the destination’s new logo and branding.

Shaikh Khalid said that the BD5 million first phase of the development also covered coastal reclamation, parking spaces, service facilities, and a 1.2km walkway. Further facilities will be added in future phases to turn the area into a mini tourism city, in line with one of the pillars of Bahrain’s 2022-2026 tourism strategy. The tourism industry, one of the most promising in Bahrain’s development programme, is an important part of a wider, comprehensive vision to support the Kingdom’s Economic Recovery Plan.

HE Shaikh Khalid added: “Implementing the vision of His Majesty the King, and the directives of His Royal Highness the Crown Prince and Prime Minister, Bahrain is determined to continue overcoming the global challenges of the COVID-19 pandemic, transforming them into opportunities to invest in Bahraini citizens and offer them a decent standard of living.”

His Excellency commended Edamah’s efforts, which continue to transform visions into reality. This ambitious project adds two important destinations to Bahrain’s tourism map and the governorate. Opening by 2024, Avani and Tivoli hotels will be the first hospitality projects at Bilaj Al Jazayer.

Edamah is playing a key role in real estate investment and development in the Kingdom through a range of strategic projects and initiatives aimed at improving long-term economic growth and encouraging investment in tourism. The objective is to strengthen Bahrain’s position as a global tourism destination, in line with the government’s vision and strategy.

Mumtalakat CEO and Edamah Chairman, HE Khalid Al Rumaihi thanked His Royal Highness the Crown Prince and Prime Minister for his support of Edamah’s projects, including Bilaj Al Jazayer, a key initiative which will have wide-ranging economic implications, contributing significantly to raising tourism’s contribution to GDP. HE Al Rumaihi also thanked His Excellency Shaikh Khalid for his visit and for leading the inauguration.

HE Al Rumaihi highlighted the support this project received from the Ministerial Committee for Development and Infrastructure Projects, which is headed by His Excellency. The committee prioritised Bilaj Al Jazayer, considering it one of the country’s main strategic initiatives. This helped create a team spirit when it came to Edamah coordinating with relevant ministries and government agencies.