Bahrain Real Estate Investment Company (Edamah) the real-estate arm of the sovereign wealth fund of the Kingdom of Bahrain, has signed an agreement with KFH–Bahrain, one of the leading Islamic Banks in the Kingdom of Bahrain, as a strategic partner to finance Edamah’s “Sa’ada” Project. The official announcement and signing of the agreement took place during the Gulf Property Show 2019, the leading annual exhibition showcasing property and real estate projects in the region.

HRH Prince Khalifa bin Salman Al Khalifa, the Prime Minister, has named and been a guiding force in the visionary “Sa’ada” project since its inception; the unique waterfront development is the first of its kind in the Kingdom; designed to cater to the needs of a diverse base of locals and tourists, as well as serving the requirements from an investor and business perspective, providing the tenants with a differentiated project. “Sa’ada” will feature a variety of public facilities, including restaurants, kiosks, and a promenade, alongside various other services, enabling the development to emerge as a value-adding project for the community at large.

Commenting on the occasion, Mr. Abdulhakeem Alkhayyat, Managing Director and Chief Executive Officer (CEO) of KFH–Bahrain, revealed, “We are delighted to have been appointed as the official financing partner of the waterfront development project, as part of the Kingdom’s wise Leadership and continual efforts to support the growth of the tourism sector, to the benefit of the citizens and residents of the Kingdom at large. Through this initiative, we seek positively contribute to further diversify the economy, in line with the Economic Vision 2030. ”

On his part, Mr. Amin Alarrayed, CEO of Edamah, revealed, “We would like to take this opportunity to extend our utmost gratitude and appreciation to the wise Leadership and Government for their continual guidance and support, enabling us to transform this project from a vision into a reality. The development phase of the “Sa’ada” project is expected to be completed during the year, whereas operational phase of the project will be completed in early 2020, in collaboration with a number of companies, retailers, restaurants, cafes and waterfront activities.”

“We are delighted to embark upon this partnership with KFH-Bahrain, one of the largest private sector developers and financiers in the region, as the official financing partner of our next project on the suburbs of Muharraq Governorate,” Mr. Al Arrayed added.

The “Sa’ada” comes in line with Edamah’s long-term strategy focused on developing new projects and renovating existing ones in a sustainable manner, managing them all in accordance to international standards and utilizing best industry practices while seeking to meet the market needs thereby contributing value to the entire community in a holistic manner.

Mr. Ali Al Rumaihi, Head of Corporate Financing at Edamah, revealed, “The first phase of the Project consists of the development of restaurants and cafes with spectacular sea facing views, and a harbor for cruise boats and other leisure facilities. As for the second phase, it will consist of the development of a centrally-located, multi-story car parking building, acting as a link between the culturally rich Muharraq Souq complete with a modern waterfront promenade and pedestrian bridge.”

In addition, Mr. Mahmood Al Mahmood, Head of Corporate Banking Group at KFH-Bahrain revealed, “We are keen to participate in the financing of this pioneering tourism project, which will contribute to developing the tourism sector of the Kingdom. We look forward to building a strategic financing partnership with Edamah, and continue to support the development process through the provision of Shari’ah-compliant Islamic finance products such as Murabaha, Ijarah, Istisna’a, to name a few. ”

Since the commencement of construction works, which began on 3rd July 2018, the construction of all buildings, structures, and electrical and mechanical works are in the development phase, seven two-story buildings are currently at 50% completion, and the project in its entirety is scheduled for full completion in the last quarter of 2019. 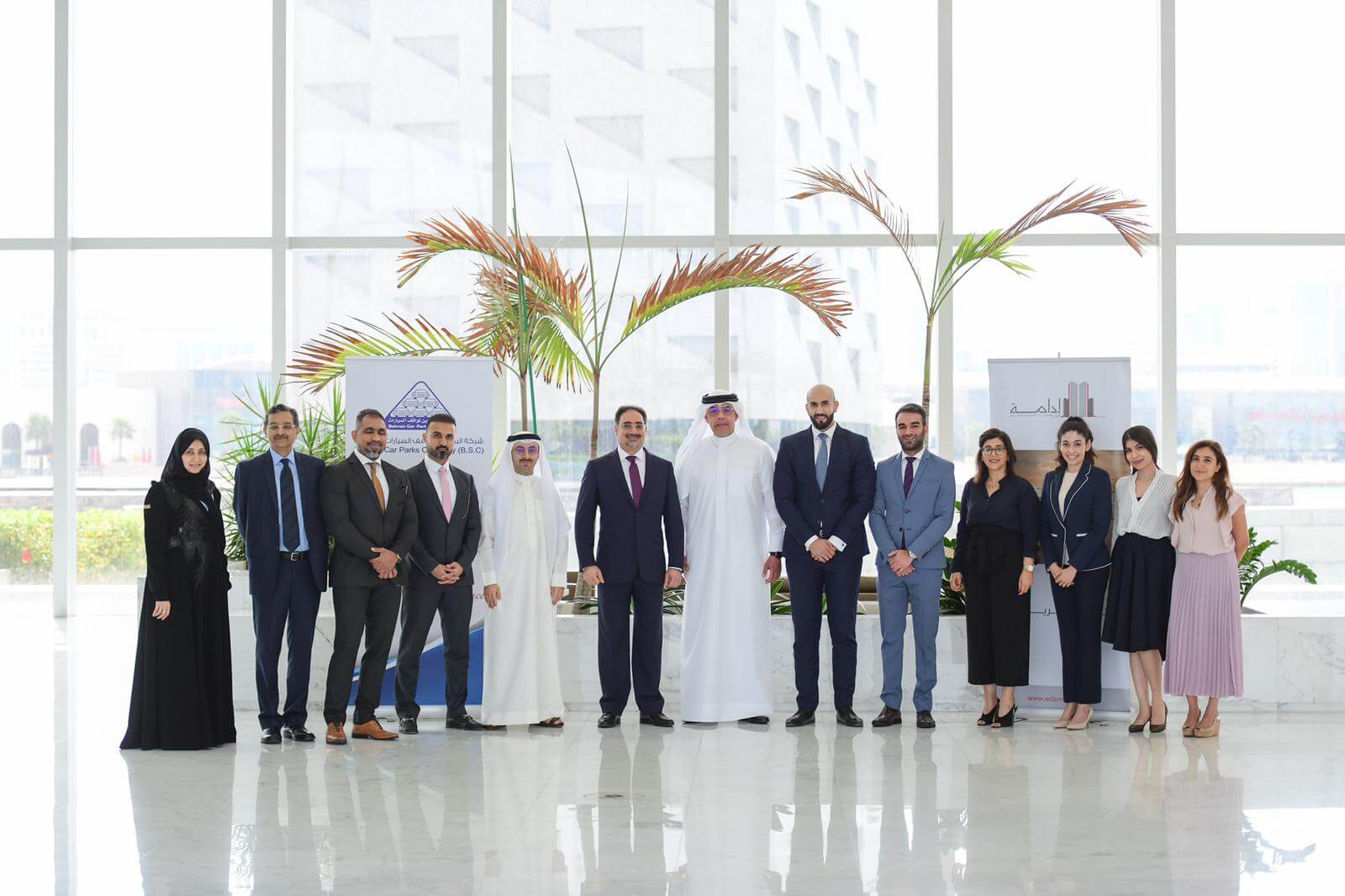 Edamah to Acquire 36.6% of Shares in Bahrain Car Parks Company 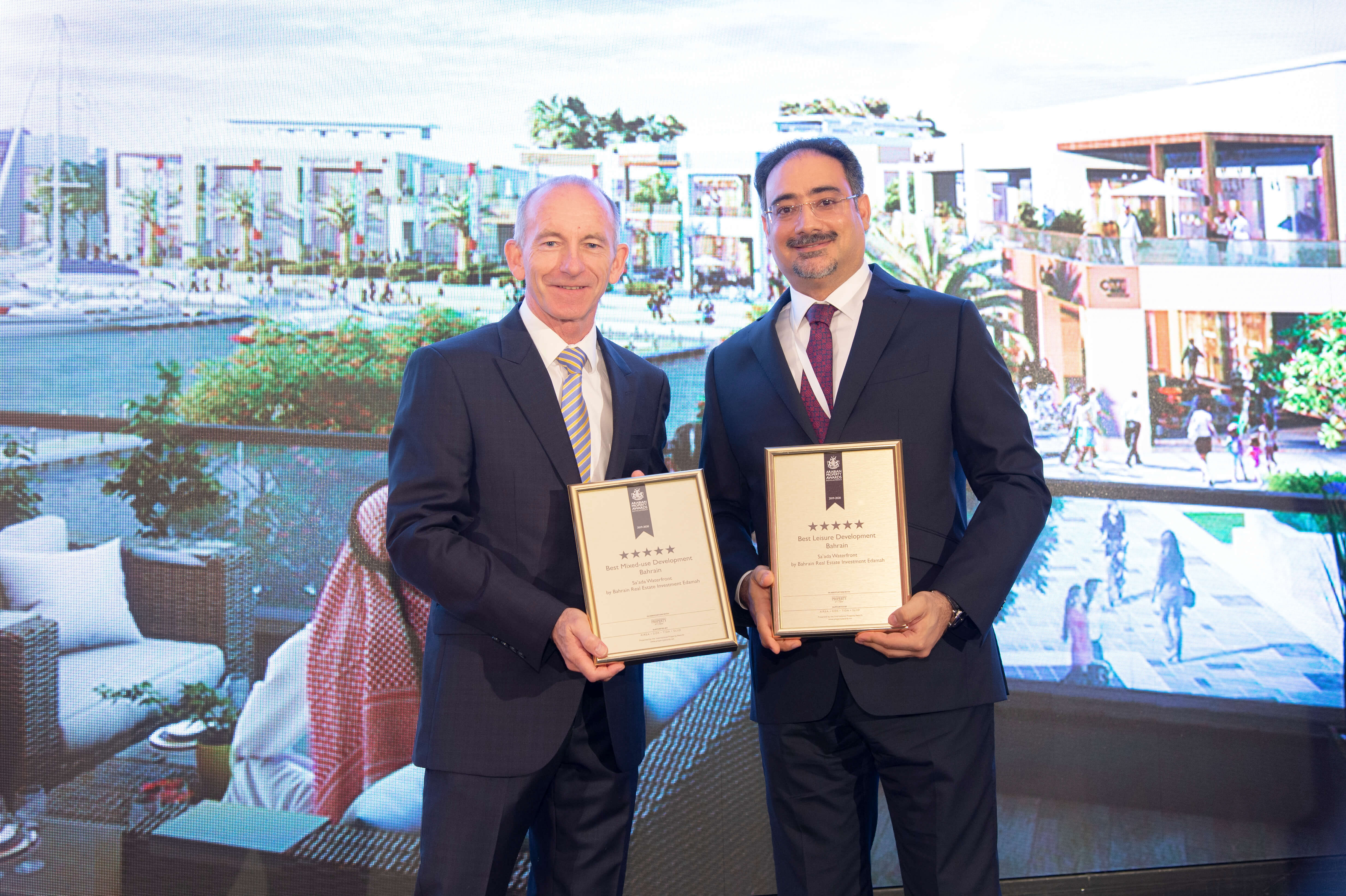